We are fast coming to a reckoning with this market. The uptick in sales in August on TRREB may be a sign of reaching the bottom of this market, or is it just a ‘dead cat bounce’? While sales in August were still off by 34% from those of a year ago, they were 15% higher than in July. Normally July sales are always bigger than those in August. Also, prices continue to decline but at a much slower pace. At the end of August, prices were back to levels of 2021 for the same month. In summary prices are 18% lower than the market peak in March. (See the Graph below).
The Bank of Canada raised their rates again by 75bps to 3.25% on September 7 and we have yet to feel the impact of this latest rate increase in the real estate market. No doubt this and future increases (as the BoC has promised) will remove some buyers from the market. Going out on a limb, we believe that these increases will stop by January at 4.25%.
On the other side, some owners will be forced to sell with rising rates. As well, buyers can only postpone their actions for so long. People need to get on with their lives – marriage, divorce, children, job change, and even deaths create real estate transactions. The current lack of sales cannot continue given our population, and we would expect sale numbers to revert to 2019 levels by 2023.
For the Fall expect prices to stabilize and sales to pick up – even with higher interest rates. The market will be kind for wealthy buyers and difficult for first-time buyers. Potential buyers should now use comparable sales from September a year ago as a starting point. 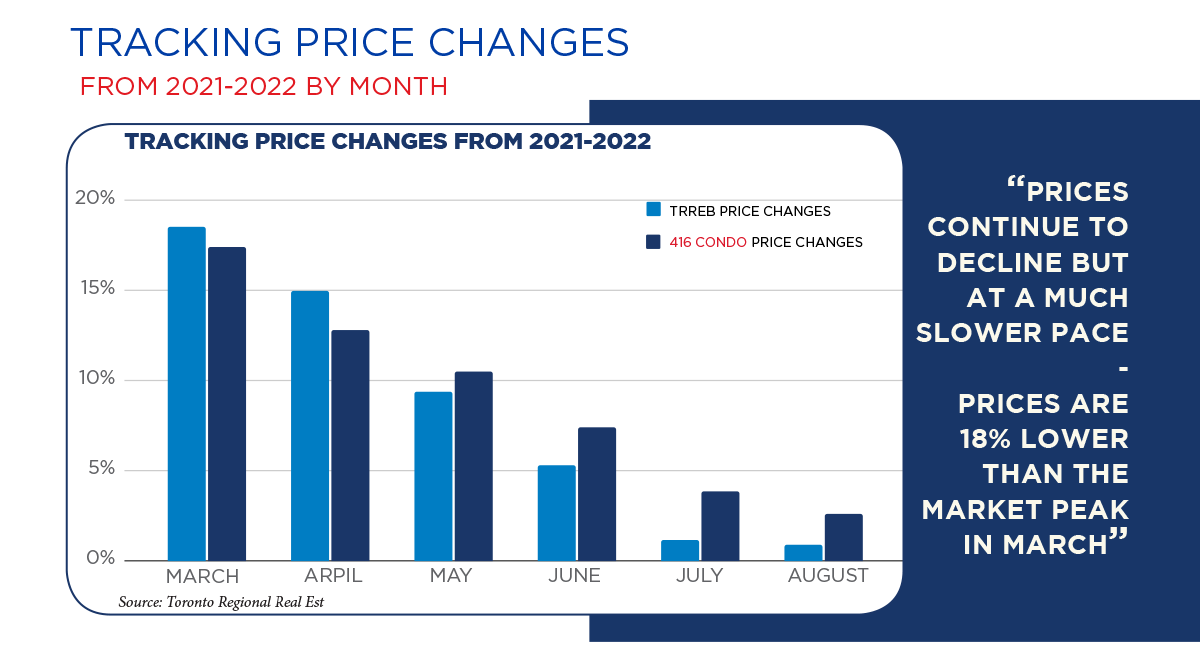 In attempt to get to affordability, many people are focusing on condominium apartments. Here is the break down in sales by price range from March to August. While sales are down by 48% in total, there is also a move to lower priced condos. Sales of condos under $500,000 were 32% higher in August than in March!

In August over 2348 condos were leased in the Downtown and Humber Bay markets. In comparison only 493 units were sold in August in the same market. Currently there are only 1050 units available to lease. That is less than a two-week supply.
Not only have rents increased significantly from May to August but Tenants are now bidding 2-3% above the list price for properties on the market. The Table below shows the rent increases and percentage changes (10-16%) in just three months. 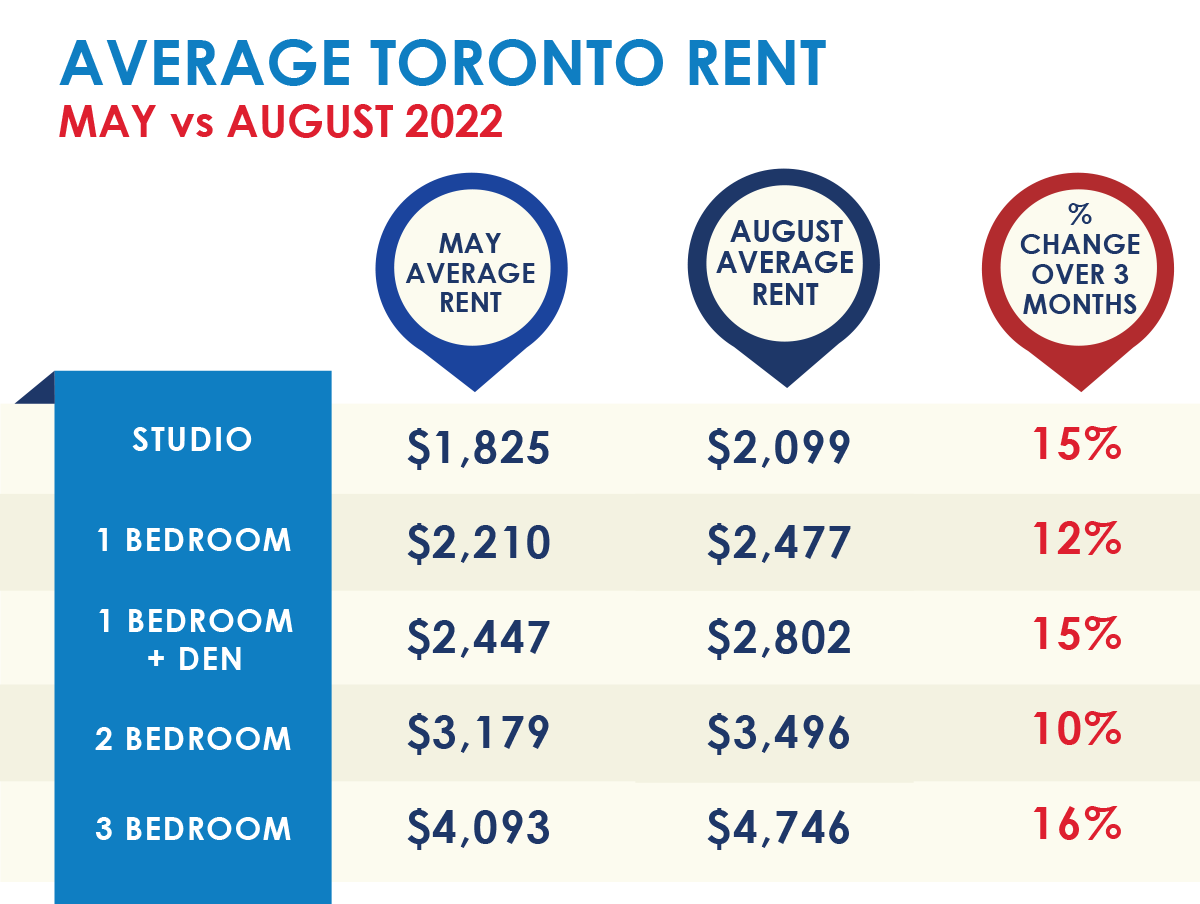