Understanding What Happened in 2022

The real estate market in 2021 and up to March of 2022 was clearly unsustainable. The Bank of Canada was late to correct inflation and to deal with interest rates which were basically zero. Starting in March, they began to overcompensate in both areas and the result was the start of a market correction that no one foresaw. Sales and prices declined rapidly. Sales for 2023 will be the lowest since 2008 and prices will have declined by 15-25%.

1. Do not expect real estate prices to fall much further. We are in a balanced market. The only way to see further significant price drops is if we experience an influx of Power of Sale properties on MLS where mortgage lenders force borrowers in default to sell. We show Mortgage Arrears stats below.
2. Real estate sales are always a lead indicator for price increases. We are currently at historic low sale numbers. The key will be what will sales look like in March?
3. Look for mortgage rates to stabilize and then trend lower in the latter half of the year as the Bank of Canada is forced to modify its position to deal with rising unemployment numbers.
4. New construction coming to market in 2023 will be more expensive than the current resale market. Affordable housing is still years away, as Governments cannot agree on how to deliver it.
5. Expect Immigration to ramp up this year (450,000+), putting additional pressure on both the rental and sale markets.
6. We are heading into a recession. While employment numbers remain high, a look at the Yield Curve below shows the severity ahead. But when?

All banks must report ‘mortgages arrears’ as defined as over 90 days outstanding. Mortgage arrears are a lead indicator for ‘power of sale’ listings entering MLS which should produce a downward force to prices. Break down is by province only. 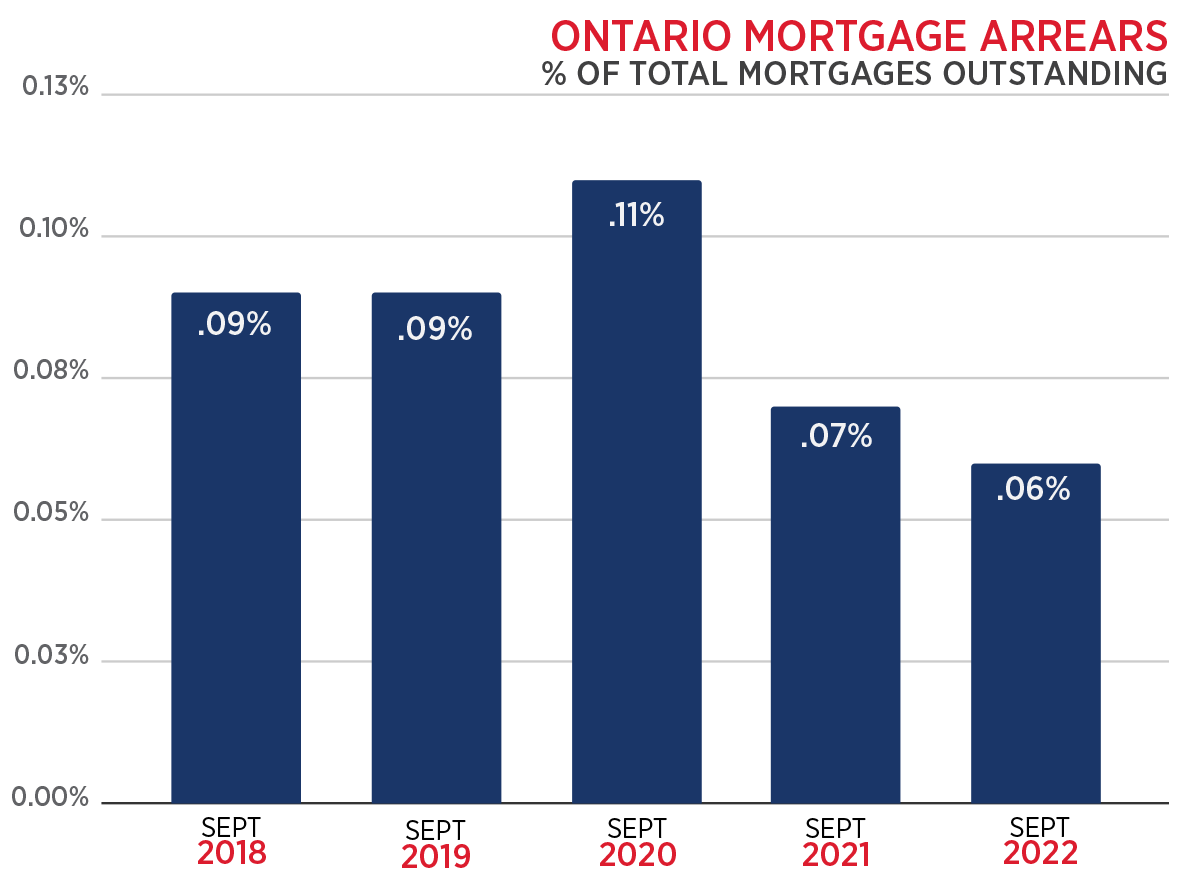 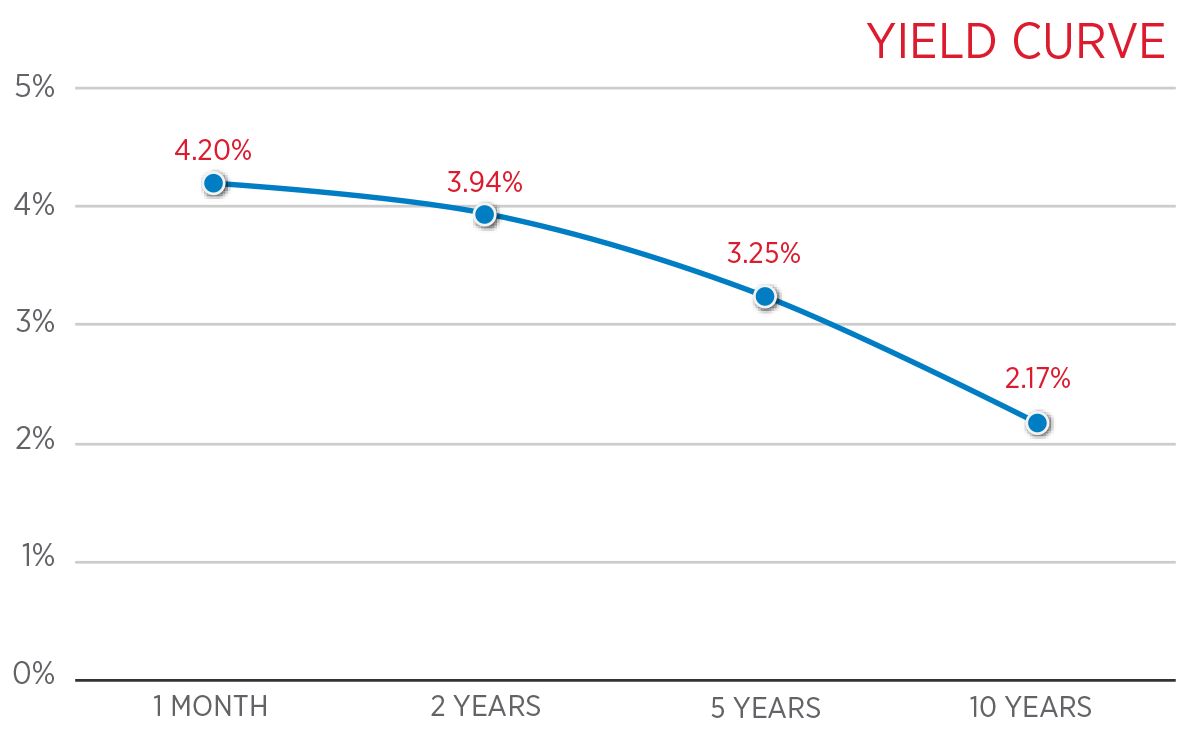 A Yield Curve compares interest rates of the same risk level (Government Bonds) over various terms. In a normal market, long-term rates are higher than short-term rates for the added risk factor. When interest rates invert (short term higher than long term) it is a strong indicator that a recession is near. Previously we had an inversion in 2008 which forecast a recession and a minor one in 2018. This time the inversion is quite substantial, indicating a bigger recession. Currently, we have high employment rates which will delay the recession until later in 2023.

Historically, real estate prices increase by 4% per year. Two factors are responsible for this: the cost of new housing which is always higher than resale due to inflation; and Immigration which increases the demand for housing. Over the past 3 years, we have seen an increase of 30-40% followed by a decrease of 15-25%. The net effect is an average annual increase of 5%, slightly above the long-term average. The increases we are forecasting are below this average but still positive as we do not expect a significant number of ‘power of sales.’ Prices may be lower in the first quarter but positive by year-end. 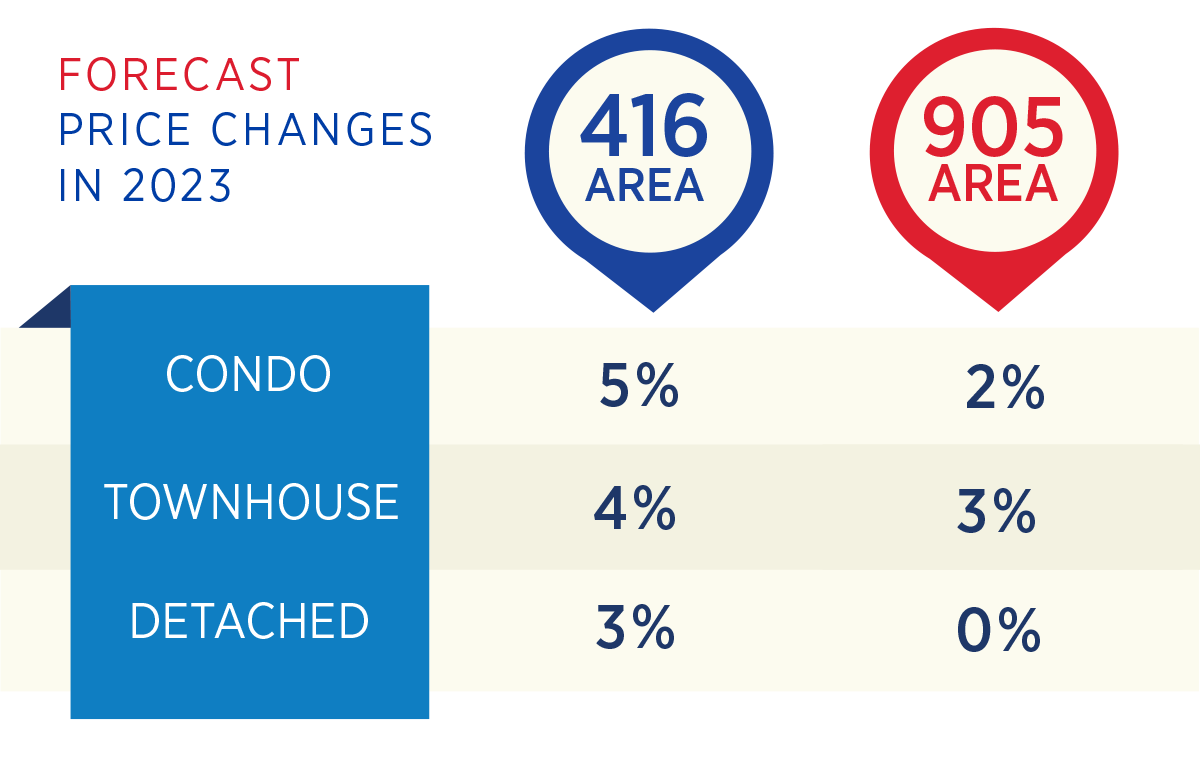 Over the last 8 years, we have averaged 95,500 sales. For 2023 we are forecasting 85,000 sales due to higher mortgage rates and buyers trying to find the bottom of this market. 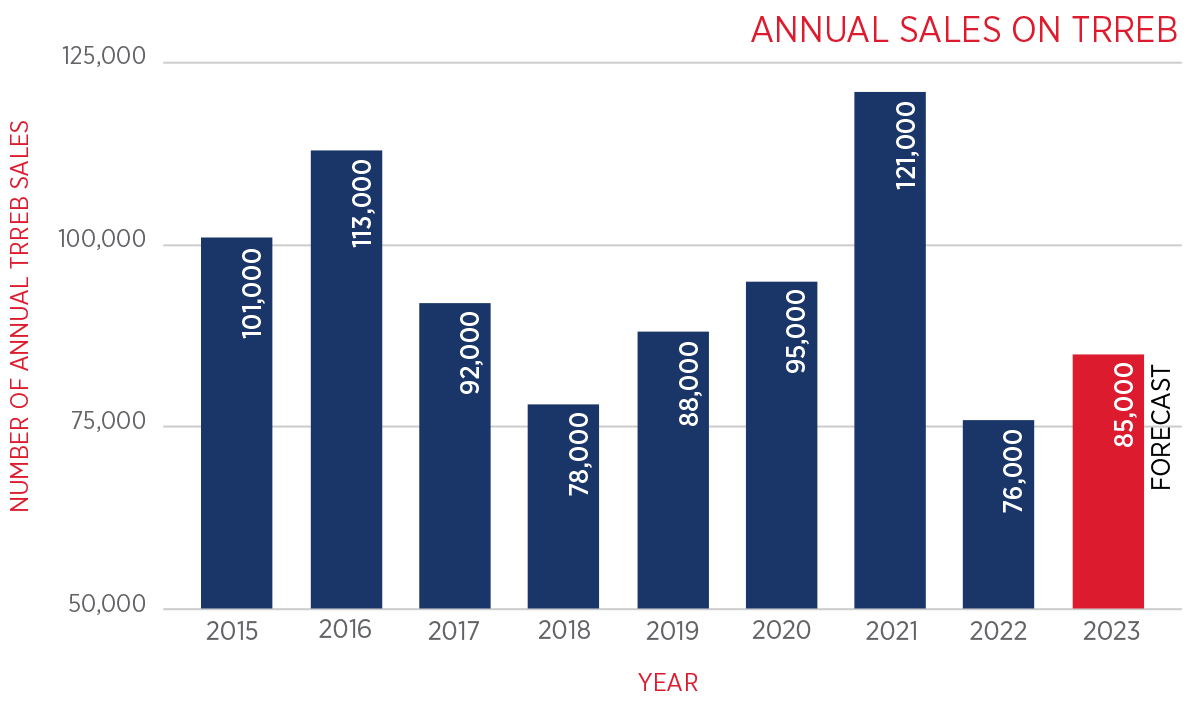 The more severe the recession in 2023, the further interest rates will fall. Most of these decreases will occur in the latter half of 2023. 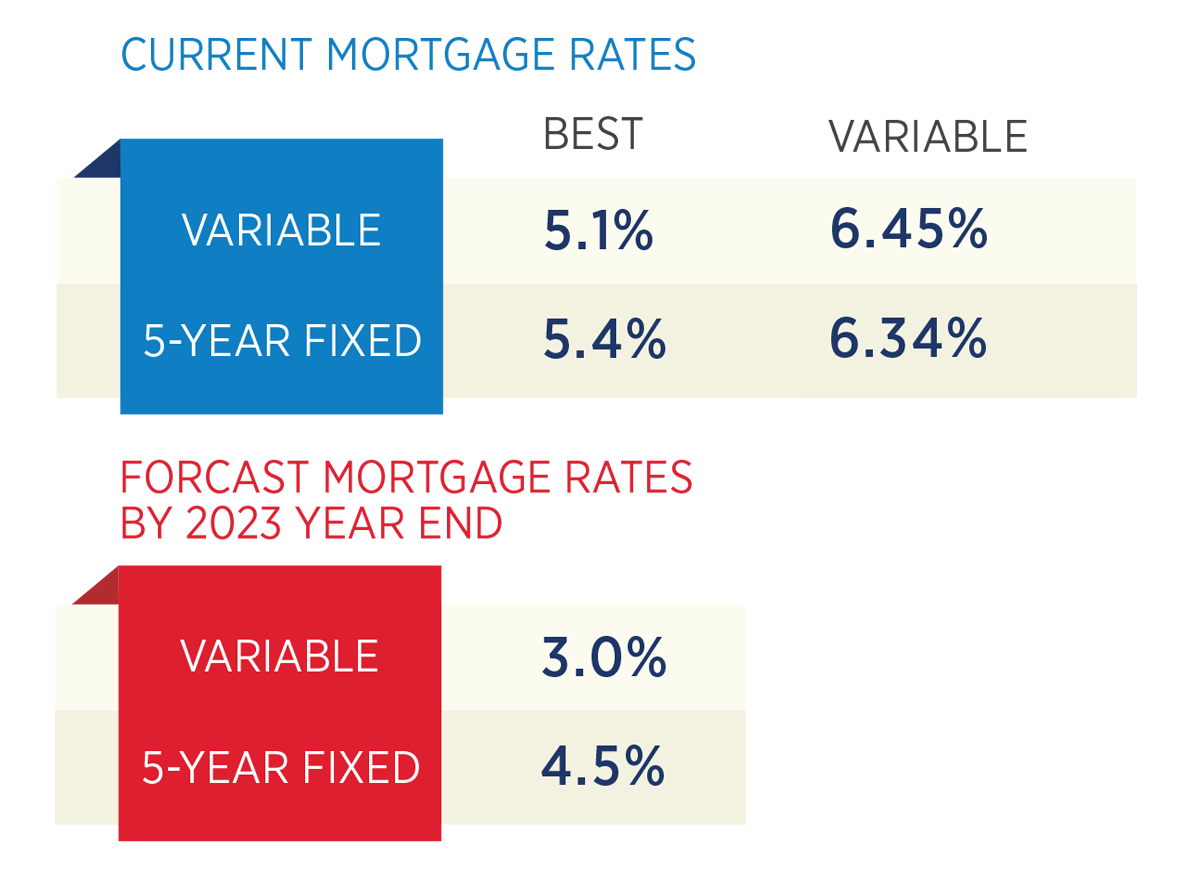